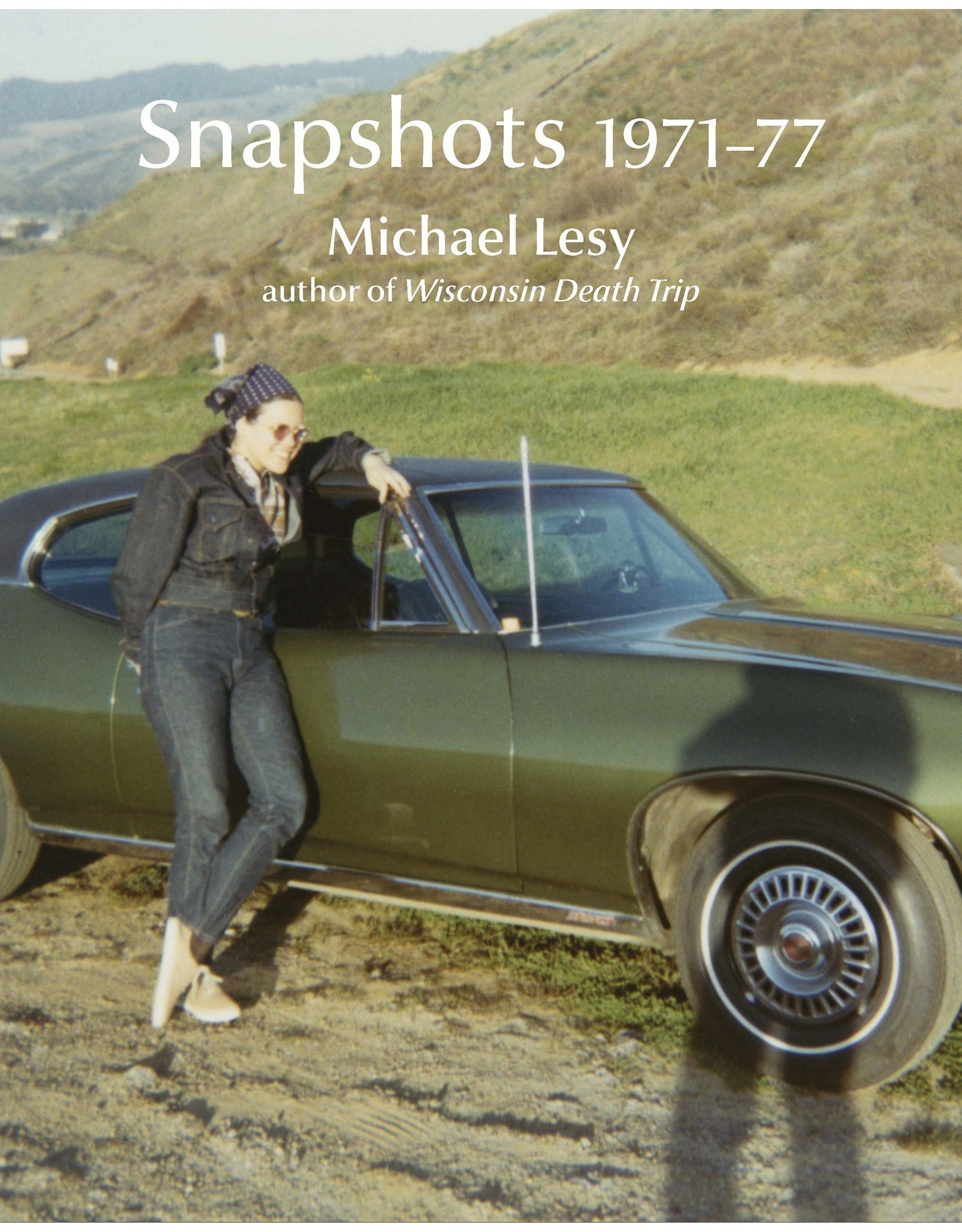 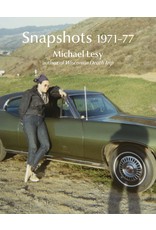 In the summer of 1971, Michael Lesy and a friend found most of the snapshots in Snapshots 1971–77 in a dumpster behind a gigantic photo-processing plant in San Francisco. The photos were in the trash because the machines that printed them made them so fast — duplicates, triplicates, quadruplicates — that the people on the processing line couldn’t stop them.

Week after week, Lesy took home thousands of snapshots from the dumpster. He studied them as if they were archeological evidence. By the end of the summer, he’d formed his own collection of images of American life.

He took that collection with him when he returned to Wisconsin to finish his graduate work in American history. His understanding of the snapshots from California as reflections of the troubled state of American society influenced the PhD research he was doing in Wisconsin — research that became the American classic Wisconsin Death Trip (1973).

Over the next six years, Lesy added to his collection of California snapshots with hundreds of snapshots that had been left unclaimed and then discarded by a photo processor in Cleveland. While Lesy looked through other people’s lives in pictures, the world was coming apart at the seams. The Vietnam War, the murderous rampage of the Manson Family, and the Attica State Prison uprising filled news headlines — and the general public carried on their lives, with hope and abandon and everything in between: chaos, cruelty, familial bonds and breaks, materialism, lawlessness, unwitting humor.

Lesy’s collection of snapshots from the 1970s is a time capsule of things familiar and alien. Now, fifty years later, everything and nothing about our lives has changed.

In Wisconsin Death Trip Lesy pulled back the curtain of “the good old days” to reveal the stark reality of American life from 1890 to 1910. The anonymous images in Snapshots 1971–77 serve as prophesies of present-day broken dreams, toils, and tribulations.